Martin Garrix has worked with a lot of big names before, but his purported next collaboration might just be his biggest yet. A Reddit user shared on the website that the Dutch DJ is working with none other than Drake. He even backed his/her claims up with a screenshot and some allusions to a previous Martin Garrix interview where he may have teased it himself. 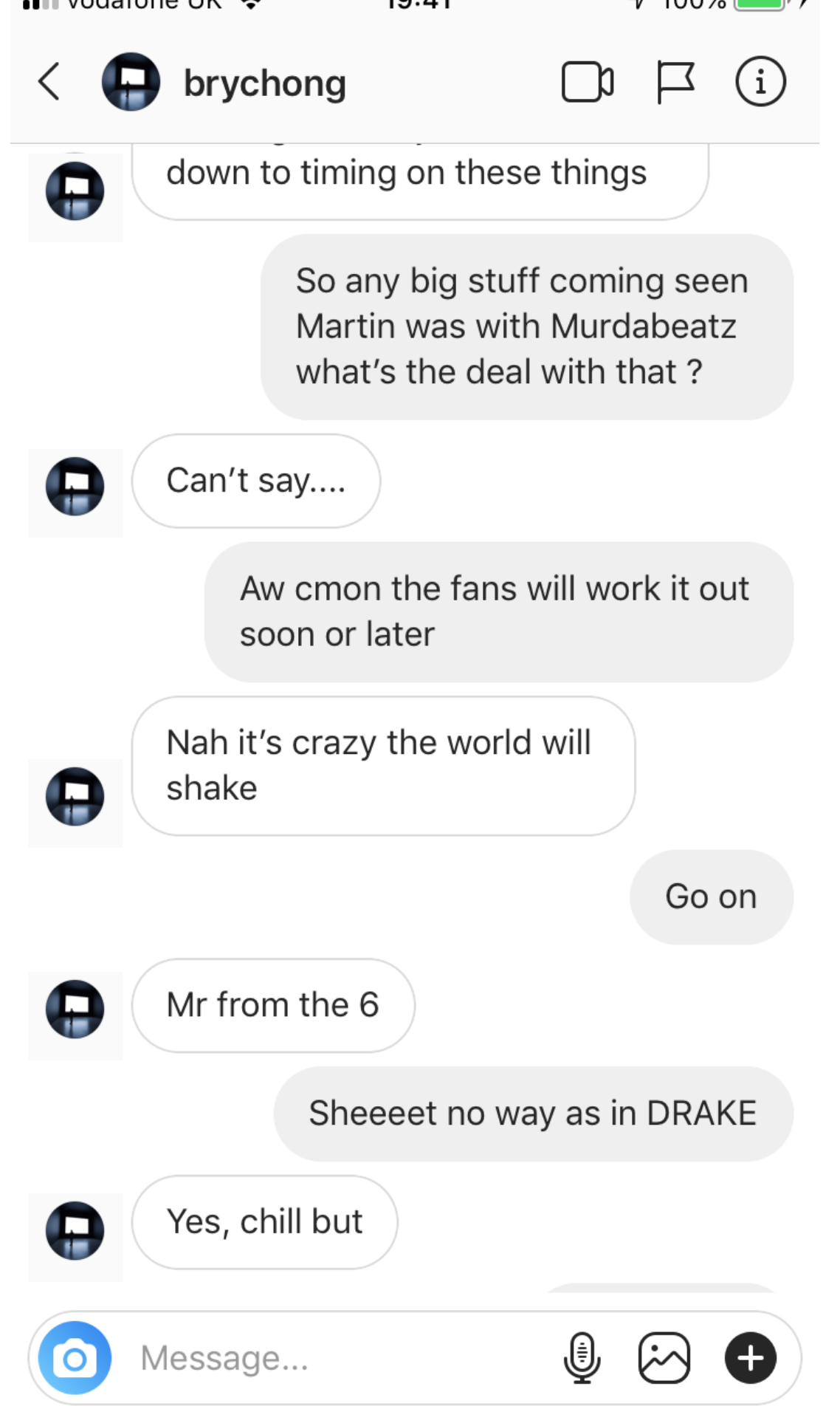 “Martin Garrix recently done a interview with 538 radio at Tomorrowland saying he has worked with the biggest person he has ever worked with so far. This is a leaked image of a DM between Murdabeatz who is a producer for several big rappers which includes Drake the DM shows Murdabeatz photographer leaking the collab pretty reliable source this could be HUGE!!!!!!” Reddit user AllabouttheHouse posted on the online platform. He then shared a screenshot wherein a ‘pretty reliable source’ confirmed the news. However, the source didn’t disclose more info about it in the conversation.

The news isn’t as far-fetched as people may think. Garrix has already released a number of tracks during the first half of 2019. He first released “No Sleep” back in February featuring Swedish singer Bonn. The single did relatively well, peaking at number 12 on Billboard‘s Hot Dance/Electronic Songs chart and number 4 on their Dance/Mix Show Airplay chart. He also released “Summer Days” last April, a collaborative single with Macklemore and Fall Out Boy‘s Patrick Stump. And just last week, he released his latest original single, “These Are The Times,” sponsored by Axe Body Spray. Ultimately, he’s played all of these tracks during his many gigs this year.

Drake is also busy making, teasing, and releasing new music this year. Back in February, he re-released his third mixtape, “So Far Gone,” in celebration of its tenth anniversary. He also collaborated with Summer Walker to remix her song, “Girls Need Love”. It was his first release of 2019. Last June, he also appeared in Chris Brown‘s “No Guidance” single. And around the same time, he dropped a surprise EP, “The Best in the World Pack,” to celebrate Toronto Raptors‘ win during the NBA Championships. He’s also announced, and teased on Instagram, that he’s working on a new album that he’ll release soon.

It’s highly possible that the rapper’s new album might include this possible collaboration between him and Garrix. The latter might also release it as a stand-alone single as part of his collection of set tracks he can play for his upcoming gigs. For now, both artists and their camps have yet to comment on this rumor.